What comes to your mind first when you hear the words ‘Great Britain’? A country? A kingdom? Or maybe a union of countries? Most of us know where to look for it on the map, but not everybody knows what Great Britain is and what it isn’t.

By reading this article, you will learn precisely that and much more about Great Britain.

Great Britain is the name of the largest island in the British Isles archipelago. It is located in the North Atlantic Ocean off the northwest coast of continental Europe and covers over 200 000 km2 (or around 80 800 sq mi) of land, which makes it the ninth-largest island in the world.

The second-biggest island in the archipelago is Ireland, a smaller part of which belongs to the United Kingdom (Northern Ireland) and the majority constitutes the Republic of Ireland.

The British Isles is a collective name for the islands of Great Britain, Ireland, and other neighbouring island groups. These include The Isle of Man, The Isles of Scilly, The Channel Islands, as well as over 6,000 other smaller islands.

In the everyday language, the name ‘Great Britain’ is often used to refer to the countries of England, Scotland, and Wales with their respective smaller islands.

A brief history of Great Britain

Up until roughly 9000 years ago, Great Britain was connected with mainland Europe by a land bridge. By crossing it, the first inhabitants got to the island. From there further journey to Ireland was possible by an ice bridge between two isles. Those people who decided to stay in Great Britain became known as Britons and spoke the Celtic language.

In the first century, Great Britain was a subject of the Roman invasion. Romans conquered England, but weren’t able to establish control over territories held by the Scottish tribes. Hadrian’s Wall was built on the border of northern England and its remnants can be seen to this day. The Roman Empire gave the occupied territory status of a province that has been named Britannia which stuck and later evolved into the name ‘Britain’.

Britain belonged to the empire for almost four centuries. As a result of the invasion, many technological advances were brought to the island. They included improvements in agriculture, urban planning, manufacturing, and architecture. It also allowed for a distinctive Romano-British culture to emerge.

After the fall of the Roman Empire, it was the turn of Germanic tribes of Anglo-Saxons to come to Great Britain. The current residents – the Britons, were either displaced or assimilated into newly forming kingdoms. In the 7th century, Anglo-Saxons converted to Christianity. This was a time of great prosperity, culture was flourishing, kingdoms were growing, and the land was being connected by a network of monasteries.

Throughout the 8th and 9th centuries, England was a target of numerous Viking invasions. After decades of fighting, kingdom of Wessex asserted its dominance as the most powerful in the whole of Great Britain. During that period, Gaelic tribes from Ireland also conquered western and northern regions and later formed there the Kingdom of Scotland in the 9th century. Germanic newcomers referred to the pre-migration inhabitants as Welsh. Some of them, who lived in areas of Wales, Cumbria, and Cornwall didn’t assimilate with Anglo-Saxons. Thanks to this, significant remnants of Celtic culture survived to this day in Wales.

By the 10th century, all kingdoms joined together to form one state – the kingdom of England. However, this wasn’t the end of continuous invasions. In the 1066 attack came from the European mainland and following the defeat in the battle of Hastings, England succumbed to Normans. The existing state system was taken over by Norman and French nobles, who were led by William the Conqueror. He and his successors were successful at repelling any revolts through a network of castles, while simultaneously perpetuating the country’s growth. With time, like previous invaders, Norman rulers assimilated and lost their lands across the canale to the French crown.

The late Middle Ages in Great Britain were marked by the internal struggle for the crown, the First War for Scottish independence (1296-1328), the Black Death epidemic (the 1340s), Hundred Years’ War (1337-1453), Peasants’ Revolt (1381) and concluded with the War of the Roses. The conflict started in 1455 between two branches of the royal House of Plantagenet, Lancaster and York. Due to the extinction of the male line of the Lancaster dynasty, the Tudor family inherited their claim. The conflict ended with the Houses of Tudor and York uniting. In the end, Henry VII secured the throne and the Tudor dynasty continued to rule for the next two centuries.

In English history, the Tudor reign is often called the ‘English Renaissance’. All forms of art were developing rapidly, especially noteworthy are William Shakespeare’s creations in the realm of drama. In 1534, under the influence of the Protestant Reformation spilling over Europe, conflicted with the catholic pope, King Henry VIII established a new Anglican Church of which he declared himself the head.

The years, when Queen Elizabeth I (1558-1603) sat on the throne, came to be remembered as a golden age of England. It was a mainly peaceful period inside the country previously torn by many civil wars. At the same time growing in power England found itself at odds with Spain both in Europe and America. This led to the Anglo-Spanish War (1585-1604) which ended with the defeat of the Spanish Armada in the English Channel.

The Elizabethan Era came to an end with the coronation of King James. He was an heir to the thrones of both England and Scotland. The two countries remained formally separate, but King James was the first to call himself ‘King of Great Britain’. The formal unification came later, in 1707, with the passing of an Act of Union that gave birth to the Kingdom of Great Britain. At that point in time, the Kingdom of England already had numerous colonies all over the world and was a global power. Ireland was brought into the union one century later in 1801, forming a new state – the United Kingdom.

Victorian era and most recent history

In 1776 the United States of America declared independence from Great Britain. A war for independence followed, in which the revolutionary forces were victorious. Britain lost 13 American colonies, but it was still a global empire with many territories in Asia and Africa. During the Napoleonic Wars it stood with the coalition opposing the French expansion.

The Victorian Era, named after Queen Victoria, lasted from 1837 to 1901. During this period, the United Kingdom was at the peak of its economic and political power. The government was more liberal, performing various social reforms. The industrial revolution transformed the mean of production and transportation. Improved conditions also contributed to exponential population growth in England, Wales, and Scotland. Unfortunately, Ireland suffered the consequences of the Great Famine and its population shrank.

Peaceful progression was, however, broken by the First World War. The United Kingdom, in alliance with France, Russia, and the United States, successfully repelled Germany, but the war was costly and weighed heavily on British industry. In 1922, the catholic separatist movement in Ireland was able to create the Irish Free State and break off from the United Kingdom. Mere days after that, Northern Ireland seceded from the free state and joined back with the UK. Additionally, after the war many colonies chose to pursue independence, further shrinking the empire. Because of it, Britain was very hesitant to take a firm stance against Nazi Germany up until the start of the Second World War. Ultimately, it sided with the Allied powers.

Two global conflicts left the United Kingdom weakened. It was no longer one of the most powerful states in the world. The country focused on rebuilding. In the following decades, the United Kingdom opposed the USSR expansion, was a major player in the Cold War, joined the NATO and European Economic Community (later renamed the European Union), and assisted in founding the United Nations. Finally, as a result of the 2016 Brexit referendum, it opted out of membership in the European Union.

The island of Great Britain, located off the northwest coast of mainland Europe, is separated from the rest of the continent by the North Sea and the English Channel. At its narrowest point, the distance between Great Britain and continental Europe is only 34 km. The entire island covers a total area of 209,331 km2 (not counting the surrounding offshore islands). The three island countries cover 130,279 km2 – England, 77,933 km2 – Scotland, and 20,779 km2 – Wales.

The southern and eastern parts of the island are characterised by low, rolling countryside, while mountains predominate the north and the west. Great Britain’s fauna is modestly diverse, the main factors for that are its separation from the rest of the continent, early industrialisation, and progressing urbanisation. The island’s flora fairs similarly and is less varied in comparison to the whole of Europe.

As of 2020, Great Britain had a population of 67 million, making it the world’s third most populated island (the UK, when counting Northern Ireland, is the 21st most populated country in the world). The south of the country is much more densely populated with 9 million people living in London alone. The country has a rather low both mortality and birth rates (respectively 10.3 and 10.2), but it is subsidised by an influx of migrants into the UK.

3 out of 4 countries making up the United Kingdom are located in Great Britain. England’s major metropolises are London, Birmingham, Liverpool, and Manchester; Scotland’s Edinburgh and Glasgow, and Wales’ – Cardiff and Swansea.

By far dominant language is English, an overwhelming majority of the population uses it as their first language. Still, there are places where other languages are spoken. Those are Scottish Gaelic and Irish in Scotland and Northern Ireland respectively. In northern Wales Welsh language is also popular.

What is the difference between the UK and Great Britain?

Currently, the name Great Britain should be used to describe the largest island in the British Isles, not the union of states housed by it.

Great Britain – why you should visit the island

Great Britain is a wonderful tourist destination. London alone is among the biggest cultural hubs in Europe, rich with historic monuments, museums, palaces, and much more. However, it isn’t the only place worth visiting. There are spots like mysterious Stonehenge near Salisbury, Roman Baths in Bath, Warwick Castle, Hadrian’s Wall in Northumberland, and many more. Furthermore not all attractions need to be historic. Britain has its fair share of natural beauty. The Needles on the Isle of Wight, The Lake District, Cheddar Gorge & Caves in Somerset, and Loch Ness lake are only some of them.

Learn more about other languages

We hope you found this article interesting. What topic should we cover next? We provide translation services in a wide range of languages, not just English, and language courses for companies as well as for individual clients. Detailed information about our offer can be found on our website. Feel free to contact us! 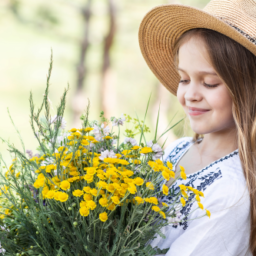 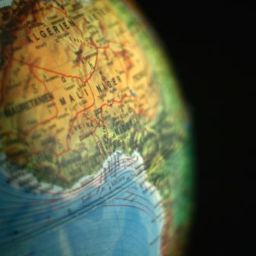 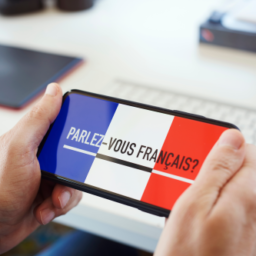 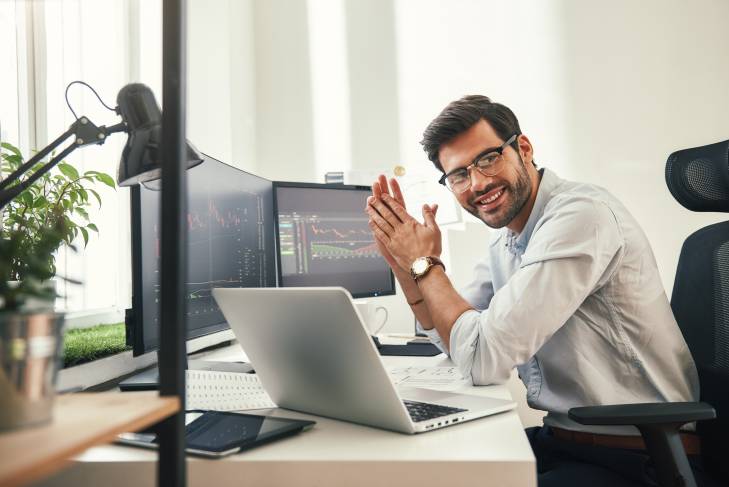 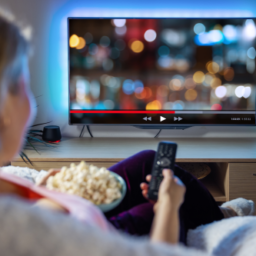 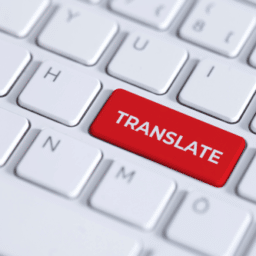 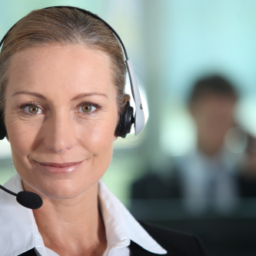 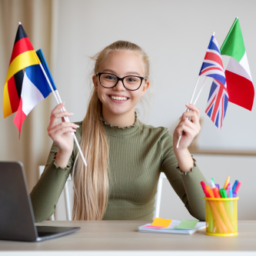 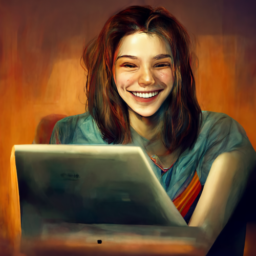 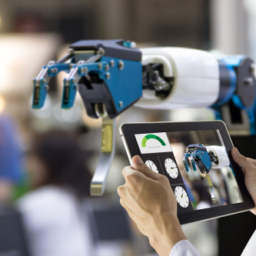 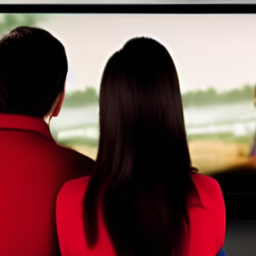