In November 2011 we were awarded a certificate confirming that our company complies with the ISO 14001:2015 standard. Although the standard does not strictly relate to our principal activity, that is translation, interpreting and language courses, we chose to implement it anyway, driven by our concern for the environment, as well as the standard’s tremendous impact on improving the document flow and communication processes in the company. What is the role of this standard?

The unquestionable advantages of this standard include: 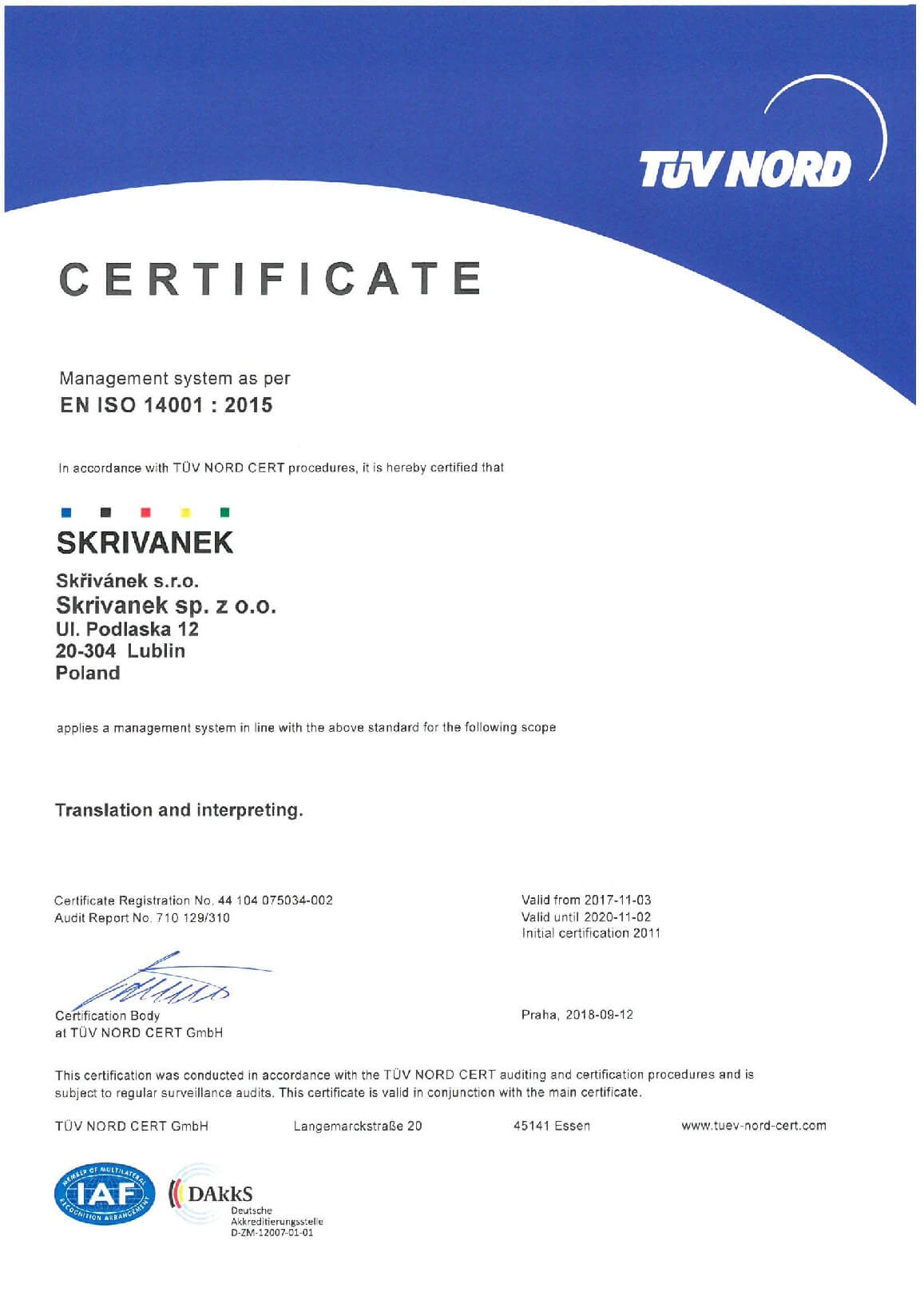 You will know the price in advance,
accurate to the last word.

Fill in the form